“EclipseClan has always been my home… it will be when I’m dead and gone, too.” - Ravenstar, in the time before his suicide.

EclipseClan is one of the five Clans in the Forest of Fallen Light. They currently live to the north of the Gathering Area (when facing the cats from the High Ridge) in an underground ravine hidden by the vast spruce forest on the surface. Cave systems and water is found in the ravine, as well as strange rock formations and small patches of greenery and dirt.

EclipseClan is known as the 'silent strikers' due to the majority of the Clan having black, dark gray, gray, and dark blue-gray. They are very stealthy, and have sleek, beautiful pelts. They have a sort of 'night vision' and are able to use cave systems to their advantages, losing enemies in them as well as taking certain routes to venture into the other Clans secretly. They are usually very tall and skinny, but some are short or stocky. These cats mainly have EclipseClan blood, rarely allowing outsiders to join the Clan after the TorrentClan incident.

The EclipseClan territory found in the first territory was a large cave mouth opening up to a ledge with a river running below it. A tree lay at the top of the cavern.

The camp is accessible by scaling the rocky sides or dropping through the hole in the roof of the cave, making this camp hard to attack and easy to defend, especially when cats enter by the Lookout Ledge, as they can easily be pushed into the treacherous waters. A large tree spirals down into the cave, its roots hanging there in place for hundreds of moons. Cave systems make up each den, except for the leaders den, which is found hollowed into a cave spot created by one of the roots. The only way to get to the leader's den is by climbing the trunk or scaling the stone walls.

The second territory is found in a ravine nuzzled below one tree in a large spruce forest. There is a waterfall leading into an underground river, stopping at the medicine cat den, and cave systems are used as their dens, once again.

The camp is found by taking a slope found underneath a large spruce tree to the bottom of a ravine. The leader's den is one of the highest peaks in the ravine, and the warriors' den is on top of the first ledge, with the nursery farther down. There is another short slope taking you to the bottom of the first ledge, where the medicine cat den can be found beside the river. On the opposite side is the apprentice's den, and farther down is the elders' den. The high ledge is the highest peak, with the exception of the vigil ledge, which is at the cavern's roof.

EclipseClan was formed when five Clans known as EchoClan, EmberClan, LakeClan, ShadeClan, and SpiritClan, dispersed. The remaining members formed DriftClan, EclipseClan, and MeadowClan. The first leader of EclipseClan was Brightstar of ShadeClan, who had already been leader of ShadeClan for seasons before. Her deputy was Ravenfeather of ShadeClan, her former deputy. The first medicine cat was Goldeneyes of EchoClan, and the first medicine cat apprentice was Redleap. These cats had lived in the first territory for at least 500 moons before Ravenstar, one of the more recent EclipseClan leaders, came to be. Since then, these cats have thrived off their main prey: bats that flew around their cave. They also catch mice and voles. EclipseClan leaders seem to die the most often out of all the other Clans, mainly because of suicide. These cats have lived a basically peaceful life, until TorrentClan arrived due to Kestrelcall, former medicine cat of DriftClan. Buzzardstar decided to retire, and Spiderfern became Spiderstar. He then immediately ended the truce with MeadowClan, which had been in effect for at least five seasons. this outraged MeadowClan, and they are now enemies.

Medicine Cats and Their Apprentices(top) 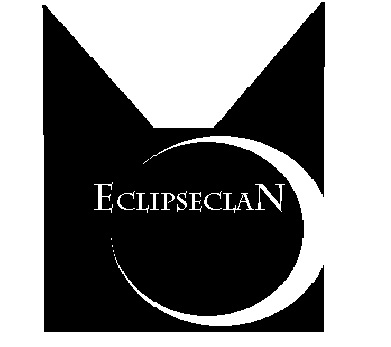